The "Gig Economy" offers options, but good ones?

Call an Uber! How many times have we all said that, or ordered food via Glovo or Wolt. People working these jobs enjoy the freedom that it gives them.

“I needed a student job, and this delivery job is as flexible as can be when it comes to working hours,” said Dino Kekić, a Glovo driver. “For a temporary student job, in my opinion, that is an OK model. I have nothing against not having a direct boss who yells at me, the application takes that role.”

The gig economy is also an option for highly skilled workers who decide to quit the 9-to-5 routine. More and more Croatians choose to work as freelancers.

“It was the freedom that a person has as a freelancer which makes me happy and that is the most important thing to me. More or less if you love it, you will invest enough time in it to be financially profitable,” said freelancer Erik Jusić.

Jusić has been working as a web developer, freelancing for small businesses and people he could find on the Internet that needed a web page. He said this experience showed him freelancing requires self-motivation.

“Freelancing has taught me a lot, taught me that I am the only responsible person in all of this, somehow you have to be honest with yourself and real with yourself and learn to calibrate and measure yourself in the context of how much you can do. It’s a good thing for self development, at least it was for me,” Jusić added.

Jusić and Kekić said that they enjoy working in the gig economy, but the flexibility may come at a cost. Employees in the gig economy do not have health care or pensions, regulated minimum wage, paid sick leave, or even set maximum working hours.

“This has become the primary job for a good section of people even though it provides some insecurity, so short term it’s good, but I don’t know in the long run,” said Kosjenka Dumančić, a professor at the Faculty of Economics and Business in Zagreb.

“If the goal is to make a profit then, of course, that employer will go looking for a worker anywhere because now digital technology allows you not to have to sit here in an office and do something. You can sit at home in your pajamas or you can be in Hawaii but you also can be in the basement in China or India or anywhere you have an Internet connection,” Dumančić added.

But the question remains, whether people like Kekić and Jusić will eventually be given the protections other workers enjoy.

“In the near future it will be very difficult to talk about workers in the true sense of the word. It’s just a matter of how will the job market look overall in the future and whether the legal framework as we know it today in the European Union and thus in Croatia will remain as it is or will it change,” asked Dumančić.

Dumančić questions what companies may look like in the future.

“Maybe it’s not going to be a company at all, maybe it’s going to be a lot of scattered individuals around the world. So, we cannot know what it will look like or what the professions of the future will be, it is very difficult to predict,” she said.

Kekić has a prediction for himself.

“Honestly, Glovo encourage me to finish my studies and start a ‘real job,” he said. 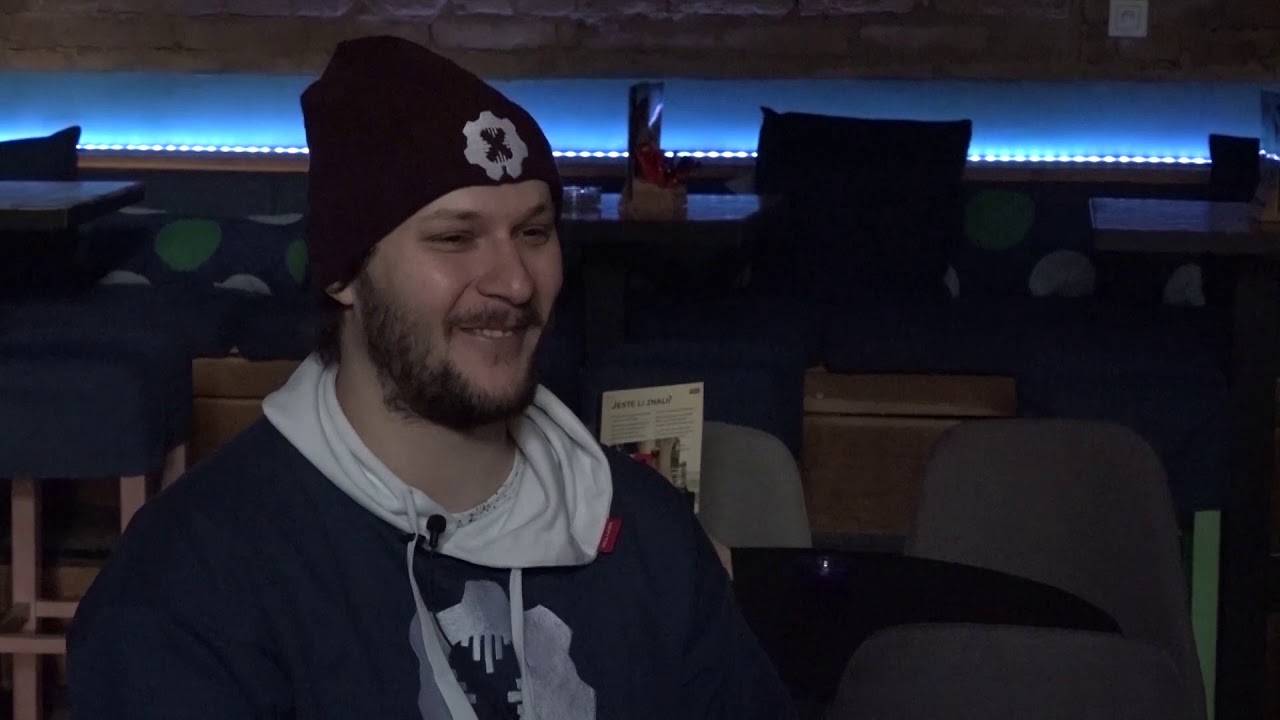 Unemployment is a big problem in the world, especially for women. According to the World Bank, this problem disproportionately affects some countries in the Balkans. In analyzing the data from five countries — Kosovo, North Macedonia, Serbia, Croatia and Slovenia – we found that the average unemployment is 16,23% in 2018. Slovenia’s robust employment rate helps lower that percentage and Kosovo, however, is at the other end of the scale with the highest unemployment overall.

When it comes to female unemployment, the numbers get worse, and Kosovo is still in the lead.

Kosovo women’s rights activist Arjeta Fejza cites historical reasons, war and occupation as reasons for the large number of unemployed women. She said that the patriarchal mentality and the capitalist system are intertwined, which, according to her, in both cases the woman is oppressed, and the workplace is a luxury.

“The mentality deprives the woman of emancipation in any field, both professionally and privately. Due to the overwhelming burden of the home, the inability to focus on the profession comes, which is then reflected in the workplace,” said Fejza.

According to The Kosovo Agency of Statistics (KAS), unemployment is pronounced for both females (30.6%) and males (29.1%). The percentage of unemployed women may be even higher, too, as only women who formally seek work are included in this estimate. Perhaps even more troubling is that women and men in the age group between 15 and 24 has the highest unemployment rate at 55.0%.

Females, according to KAS, are mainly employed in education, trade and healthcare sectors, while males are mostly employed in trade, construction and manufacturing sectors.

Fejza said even women who do have jobs still face significant challenges.

“Keeping in mind even those women who have jobs, are oppressed and often sexually harassed by an overwhelming majority, this is one of the most demotivating moments for women,” she said.

Fejza recommends the state should facilitate gender equality courses, scholarships for girls, job creation and support for women in business as measures to help women who stay in Kosovo and, perhaps, prevent others from leaving.

Shqipdona Lahu was an excellent medical student, but after six years of achieving top-notch grades, she could not get a job as an assistant in the Faculty of Medicine in any of the three subjects she studied, despite the fact that there were openings. Lahu left Kosovo after her intellectual capacity was assessed at a German university, which accepted her for her doctoral studies.

She sees several reasons for the high female unemployment rate in Kosovo, including discrimination and a lack of institutional support.

“Men are more favored than women for a job because of the patriarchal mentality that still prevails in our society. Women prefer to be employed less in different companies because of the process of childbirth, because companies are more likely to see the cost of hiring a woman and paying maternity leave,” said Lahu.

She adds that some women focus more on caring for the family and often give up on looking for a job. Lahu urges the state to review the issue of parental leave for the benefit of gender equality.

North Macedonia, too, struggles with a high female unemployment.

In 2017, there was an employment rate of 34.6%, while the number of employed men was 53.6%. These figures show the gender inequality is still present, according to a survey by the State Statistical Office. Data from the non-governmental sector also indicate that although women work the same, they make 18% less than men.

“Employment in the Republic of North Macedonia is characterized by a very unfavorable gender structure. This structure has remained unchanged over a long period of time, primarily due to the volatile economic and social conditions in the country and the mismatch of available and needed labor market profiles. The unemployment rate for women is 21.8% and for men 22.7%. The activity rate for women is lower and stands at 44.3%, while it is significantly higher for men and stands at 69.3%.” – it is said in the
publication.

Women are typically employed in education, administration, finance, health and social care and also in the manufacturing industry.

Ivana Blazheska from Skopje said that even though she has a degree in furniture and interior design, she is still currently without a job. She said she doesn’t see it much like a gender problem, but a state problem.

“The wages are really low and even if I find a job it is hard for me to take it because I have a 2- year-old daughter and the money is not enough for me to not be here for her in this point in life. I did read that only 1% of the women in our country work for a pay bigger than 650 euros and I think that is sad,” Blazheska said.

She thinks that first the economy has to get better, but that chauvinism is also still a problem.

“I think there is still this backwards thinking of the firms here that if you are a mother to a small child, or pregnant with one they just overlook you, because they don’t see the talents you can bring, but they see you as an expense and can’t be bothered. We need to take example of the countries that have flourished by caring for the people and looking at them like assets and then they will gain advantage with the skills we bring,” she said.

Although Lahu left due to the inability to work where she wanted, Blazheska has not given up yet and decided to stay in her home country and continue to search for work.