Approximately six million people from the Western Balkans live outside of the region, according to data presented by the European Bank for Research and Development. That number represents about 30% of the region’s total population. The desire for a better standard of living in another country, especially in the west, is a wish that connects people from the countries in the Balkan region. Slovenia, Croatia, Serbia, Kosovo and North Macedonia – all are dealing with the same problem, one known as “brain drain.”

Better education, jobs, salaries, human rights, or simply a safer place to live are just some of the reasons people search for a new life in a foreign country.

Twenty-four-year-old Katarina Lazarević is originally from Serbia but she has lived in Germany for four years. She says her parents pushed her to move.

“My parents wanted to send me to Germany because they realized that I had almost no perspective in Serbia in my field – sociology. I’ve learned German language as a kid while I was watching cartoons on TV, so it was a pretty easy decision for me to move. I was very into a German culture, so I was fine with that,” Lazarević said.

Most of the countries in the Balkan region are dealing with the process of transition from communism to a market-driven or capitalist economy and the aftermath of the wars of the 90s. The economic situation is still difficult, as shown by the percentage of average incomes that fall below the European average. According to Eurostat, earnings in the region range are from around 370 euros per month in Northern Macedonia and Albania up to 1000 euros in Slovenia. By comparison, 2300 euros is the average monthly salary in Germany, which ranks as the No. 1 destination for emigration from the Balkans.

Artan Krasniqi, in the Department of Sociology at the University of Prishtina, said this is all part of a pattern.

“Sociologists dealing with migration describe how people’s movement is characterized by push factors and pull factors of migration. And in a way what pushes you to leave the country the same pulls you in the host country. It’s a race, a war where the big eats the little ones, a Darwinist race for survival. Large powerful states hit small states by absorbing their capacity, attracting the country’s social elite,” Krasniqi said.

Ivana Stamevska, a 22-year-old student from North Macedonia, is hoping to migrate to Germany next summer. For now, she has two jobs — one as a waitress, and one as a translator while she studies the English language and literature.

“I want to leave because I don’t see a bright future for me here. Corruption and the bad educational system are tiring me,” she said.

According to the World Bank, in 2011 approximately 447,000 citizens out of approximately 2 million were living outside North Macedonia. Germany, Australia, Switzerland, Sweden, Turkey, Austria, France, and Canada are among the top choices for Macedonians who want to migrate.

Moving for more than jobs and money

The American-based Freedom House monitors the state of democracy in more than 120 countries around the world. According to the organization, the countries of the Western Balkans – Bosnia and Herzegovina, Serbia, Montenegro, Kosovo and Northern Macedonia are “partially free.” Slovenia and Croatia, the only countries in this region that are members of the European Union, are rated as “free” countries.

Until this year, Serbia was in the category of “free” countries, too, but Freedom House reports that the deterioration of the election process, continued attempts by government and allied media outlets to undermine independent journalists through legal harassment and smear campaigns, and President Aleksandar Vučić’s accumulation of executive power that conflicts with his constitutionally-defined role.

Political and cultural factors do influence people to leave their home countries. For example, Robert Markovski, 35, gave up on North Macedonia to start his own company in Cologne, Germany.

“I left because the corruption is everywhere – from education, health care to administration. Although I had a great salary and a nice life, the negative energy in the country affected my mental health. Then again, I have to say that pollution is a big problem for me,” he said.

Unlike other citizens of the Balkans, those in Kosovo find it harder to move because of the visa regime, yet 30% of people have left the country. For many young people in Kosovo the only chance to escape is to get a work permit. One of them is Drilon Gashi, a medical student from Kosovo, who recently emigrated to Germany.

“One of the things that made me leave Kosovo is the freedom to move freely. I just wanted to live somewhere where I could move and visit places all over the world. In my case, the opportunity I had as a doctor was a big chance and with some luck, I came to Germany to fulfill my dreams, learning and doing new things,” Gashi said.

And it’s going to be difficult for the Balkan countries to stop the outward migration of their best and brightest, according to Krasniqi.

“Here we cannot say that the blame lies with a state that attracts them, because of course people with their own will go because they are pushed out due to lack of opportunities in the country of origin,” Krasniqi said.

Markovski says he would consider returning to North Macedonia if the country could address its issues with corruption, pollution and other challenges.

“I would come back if these problems become a part of our past because it’s too stressful to live with them,” he said.

But Lazarević is skeptical that she will live in her home country.

“I don’t know if anything could make me stay in Serbia. When I was 17, I didn’t really know what to do with my life, so I just moved, it was a natural decision.” 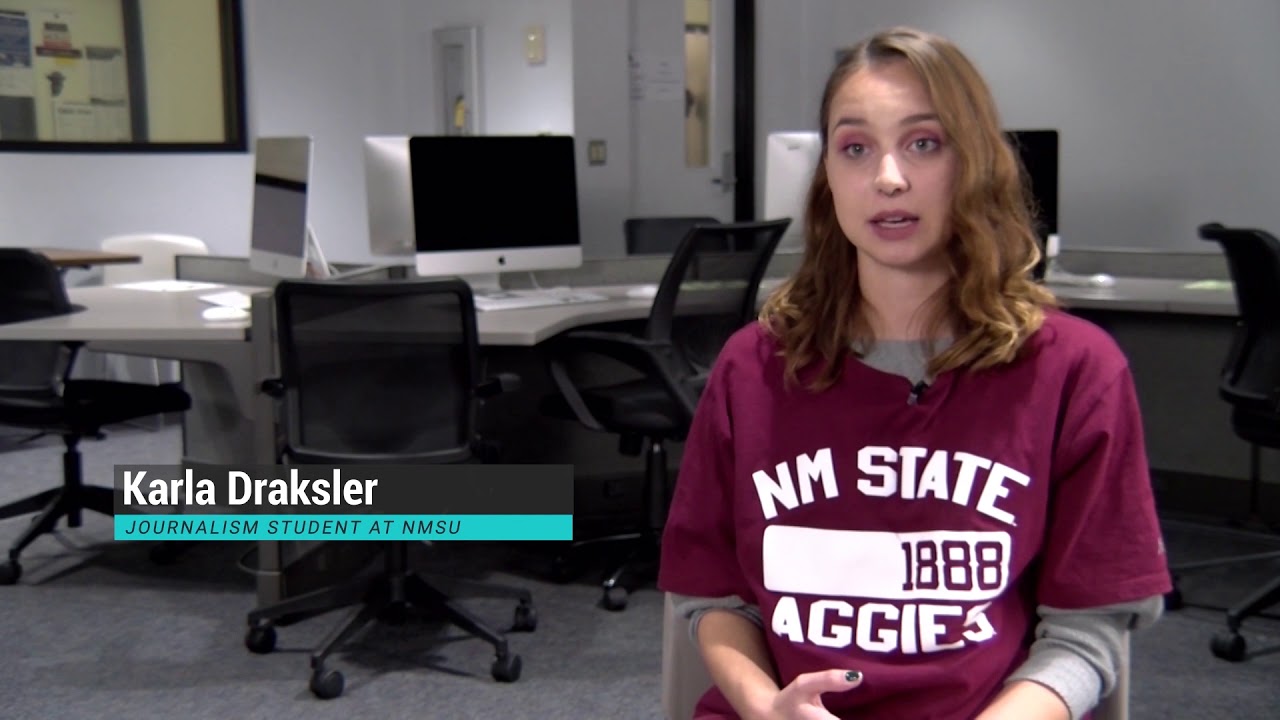 Why Croatians are leaving the country

Since Croatia entered European Union six years ago, the country is doing better in terms of economy. Despite a gradual growth, young educated people like Petra Pajdaković are still leaving. Three years ago she decided to emigrate to Ireland with her family.

“Because we have been dissatisfied with how things have been going in Croatia after years of trying to fight for a better society and seeing that nothing is happening, that corruption is still everywhere and that there is no progress for the better,” Pajdaković.

Today Pajdaković is a freelance consultant of digital strategies for non-governmental organizations in Dublin. She left a budding career as a journalist on Croatian National Television because she decided her children’s future may be brighter abroad.

“And then we decided that, unfortunately, nothing significant will change in the next 10 years and we’re not sure what kind of future our child would have in Croatia as an adult,” she said.

Pajdaković is one of many who are looking for a better standard of living in another country. The emigration of highly educated people from Croatia to other countries – or “brain drain” is a trend that has been around for a long time.

Marin Strmota is a member of the Faculty of Economics Zagreb. He estimates that around 250,000 Croatians, or about 5% of the total population, have left in the past five years. The emigrants are mostly from the Slavonia and rural Dalmatia regions of the country where unemployment is high. Those who leave see European countries such as Germany, Ireland and Austria as places where they can have a better standard of living.

In addition to countries in the European Union, Croatians are also looking for a better future on other continents.

Journalism student Karla Draksler found a new life 6000 miles away from Zagreb in New Mexico in the U.S. She originally left a year ago to follow her love interest, but found that this new life situation opened doors to education in America. She says life is easier in the U.S. compared to Croatia where it is difficult for young people to make it on their own.

“People who even didn’t go to school they had a job they were working full time, but still couldn’t afford to live on their own. They couldn’t move out of their parents house, they couldn’t afford rent, food or just a normal life,” Draksler said.

While Draksler emphasized a poor job outlook for young people as one of the reasons she left, Pajdaković says her family left because of the current social and economic situation in Croatia.

“I do not see that there are any significant changes in the field of economics, in the field of helping people to start their own initiatives and ideas, especially in some digital form, digital entrepreneurship, which is not only the future but also the present,” she said.

Pajdaković thinks that the future of young people depends on their political views that are imposed by the current government.

“Young people are still being sent a message that they can’t succeed in Croatia if they are not in someone’s party,” Pajdaković said.

Strmota said that brain drain is causing many problems Croatia.

“It is clear that on the labor market we lost people who are highly educated and capable, but we also lost people who have high school education or specific trade,” he said.

He said Croatia needs to change the structure of higher education to create more opportunities for younger generations and to encourage them to stay.

“Means that people have a very clear correlation between the effort they put in and what they get because of that, I would say that this has been weakened not only in higher education but in society in general,” he said.

Croatia has been trying to stop the brain drain through policy initiatives but Strmota said these policies are not showing any results.

“Enter any college hall and you ask and no one has any idea what they are these policies, what they promote,” he said.

For now, Draksler has no plans to return to Croatia.

“If I knew in about 10 years or so that I would have a job, a  good job in what I really want to do and that I can afford a comfortable life I would go back,” she said.

Pajdaković, too, is unsure about going back any time soon — at least until Croatia figures out a way to offer a better future for its residents.