Katja Sočev moved to Croatia from Ukraine for work almost 20 years ago. It wasn’t easy, but she decided to take the risk.

She said she would have liked to stay in Ukraine, but Croatia seemed like a place where her future would be brighter than it was back at home.

“I am a teacher by a profession, but at that time, those were very difficult times in  Ukraine. Then I decided to accept the opportunity that was given to me, to work in Croatia.

Growth in the international workforce

Twenty years ago, coming to Croatia for a job was not that common, today it’s routine. Jovana Obradović is a young waitress from Serbia. One year ago she decided to permanently move to Croatia and hunt for a job. She didn’t have to look long – after her first job interview, she was hired as a waitress in one cafe in the centre of Zagreb.

“I am getting used to it,” Obradović said. “It was hard for first few months, because I have, I do not have a lot of friends here but it is becoming much better.

Despite the historically complex relationship between Serbia and Croatia, so far Obradović has had only pleasant experiences at work.

The owner of the café, Ivan Leko, says he employed Obradović, not because he was short of resumes, but because she was overall the best candidate. The number of international workers applying for jobs in Croatia, especially in the service sector, is on the rise.

“That is maybe some kind of sign of countries opening up. That is fine. What matters is that workers are capable enough to do their assignment,” Leko said.

He points out that Croatians are leaving the country to find work elsewhere, so Leko says business owners like him need to attract a labor force from other countries. In fact, according to the World Bank, Croatia lost more than one fifth of its population to emigration in 2017.

But Croatia has plenty to attract workers, too.  For example, this isn’t Obradović’s first Croatian job.  She worked one summer on the Croatian coast.

“Tourism is growing so because of that we have new hotels being built so we need more work permits in construction, because of tourism also. In a trade marketing we need also more permits,” said Petar Strižak, an advisor for the Croatian Ministry of Work.

Just this year the Croatian government issued around 50,000 work permits. Next year it plans to issue approximately 64,000 new work permits, in addition to extending 25,000 from previous years. Most of the workers who apply are from Bosnia and Herzegovina, then from Serbia, Macedonia, Albania and Kosovo.

“Especially the reason why they are motivated is because they work in their profession. In construction for example or tourism, they have security, security of payment, security of life in general. Which in  Bosnia they do not have. Everything is there when they sign up an employment contract, then they are protected like Croatian citizens,” Strižak said.

Regional workers have the same rights as Croatian workers. Getting a work permit is a fairly simple procedure. Obradović and her employer say that her application was completed in 30 days.

“You have a pension and health care, while in Serbia the daily wage was about one thousand dinars. Everything undeclared. The time and everything else is paid here. The work conditions are very different. In fact, it is much better here,” Obradović said.

“Because of course they also aim to have the most satisfied workforce and want them to be satisfied with their work here and to remain.”

Croatia at a crossroads

While at the moment Croatia seems more promising for regional workers like Obradović, it is unclear how importing more international workers solves the bigger underlying problem – Croatians keep leaving the country for better jobs. One demographic expert says this raises key questions.

“Do we want to keep our pay levels low or do we want to go in the direction of development, return of people, increase in pay, development of economy, society and everything else?,” asked demographer Marin Strmota.

“This is what is sad about politics and the private sector. They are trying to solve problems that have accumulated in Croatia for decades. So the demographic picture can’t restore at all.

VO: While Croatia is in need of effective demographic policies, international workers are dedicated to earning their wages, but also, fitting in. For workers like Sočev, Croatia has become less of a workplace, more of a home.

“I would not want to live anywhere else but in Croatia. Croatia is for me really something miraculously. For me Croatia is more my homeland then Ukraine. It feels like home here,” she said.

For Sočev, coming to Croatia turned out to have a fairytale ending- for Obradović and other regional workers the story is still unfolding.  Meanwhile, Croatia still has its future to write. 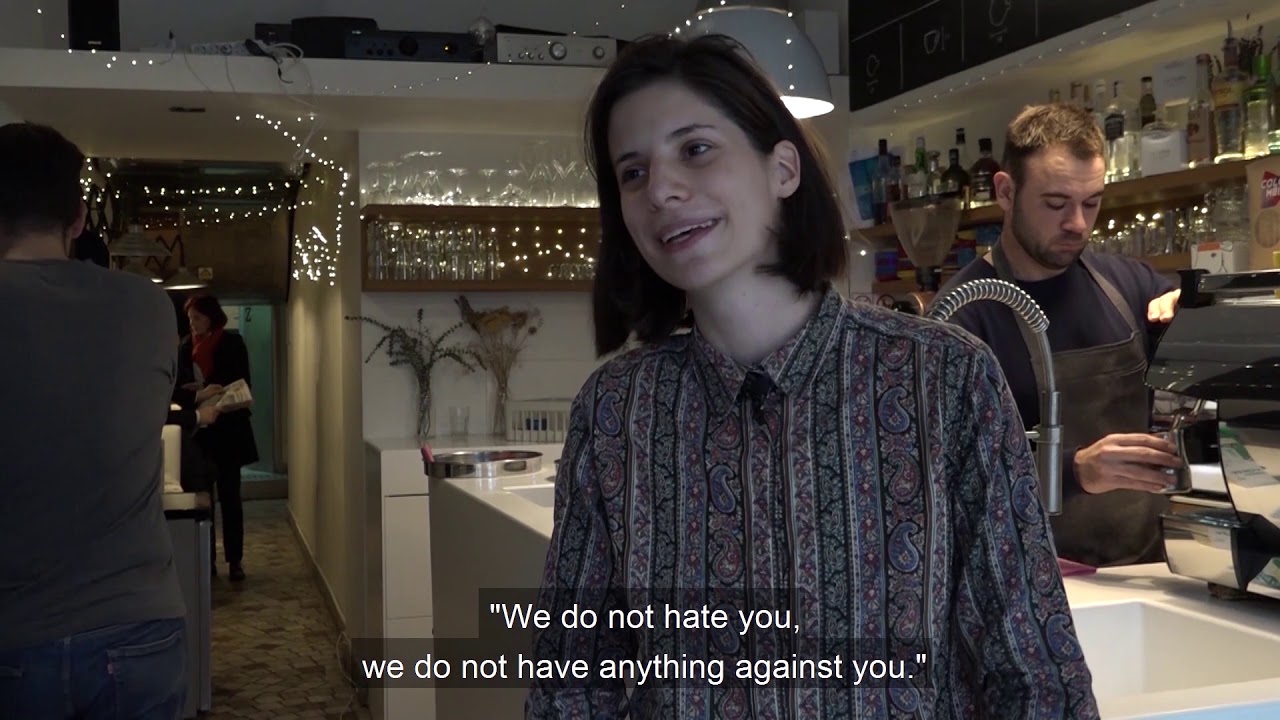 The Zagreb Christmas Market, called the Advent Market by locals, has been named the best Christmas Market in all of Europe for three years in a row. It offers a big variety of events, concerts, and other cultural happenings.

In the four weeks before Christmas, streets are shining bright, everything is decorated and the smell of holiday food is wafting through the air. That’s how you know that Advent is starting.

Every year Advent brings holiday spirit and different feel to the town. This year’s light motifs were The Nutcracker and Croatian heritage. These symbols can be found even in the most hidden corners of the Zagreb Advent.

Many locals and tourists welcome these festivities. Most visitors are from Bosnia and Herzegovina, Italy, Slovenia, Austria, and Germany, but we met some visitors from quite far away.

“I’m from Sri Lanka. I came to Zagreb to enjoy Christmas shopping. We are going to buy some traditional Croatian magnets and stuff for my friends and family. ” (Dhuli)

And there are guests from South America too.

“I am from Brazil. I came to Zagreb this time of year to see the Advent and basically, we came here just to get traditional gifts, traditional food and drinks you have. I’ll definitely have that fritule and a small magnet for my home. That’s what I will bring from Croatia, and nice hospitality for sure.” (Abai)

One of the most famous symbols of Advent is fritule. The magic ingredients of these sweets are the secret of grandma’s cuisine and the scent from every stand draws us to taste them. One seller told us the traditional tale behind these treats.

When it comes to drinking, though, the top choice is mulled wine that became popular years ago. But every year brings something new, so nowadays you can also try mulled gin during Advent. Samir, a self-proclaimed gin expert, explains how he prepares mulled gin.

People who visit Advent in Zagreb and buy unique souvenirs, take a spark of the magic atmosphere with them to give away  to those  who can’t experience the market in person. Skillful craftsmen from all over Croatia produce handmade souvenirs especially for this time of year. Each year more and more people are interested in these special products.

One of the vendors, Sara Klobučar, gave us some advice on Christmas market gifts. “On average, there is an equal amount of foreigners and locals. We have those typical Zagreb expressions on our products that foreigners don’t understand but a lot of locals buy them. I would recommend the mugs because I think they are quite practical and will not stay somewhere and collect dust.